Bedpage showed a lot of promise as a new craigslist personals alternatives, but after my own tests, I've found it is full of spam and fake accounts.  If you are a sex worker, it is a good place to post your own ads, since it does get a lot of visitors, however if you are looking for sex workers you'll have to put in some work to filter out all the fake posts.

If you are looking for a personals replacement for casual encounters or M4M, then bedpage is something you should definitely skip.

The design of bedpage is almost identical to backpage, so it will feel pretty familiar.  It even has the exact same locations that backpage did. 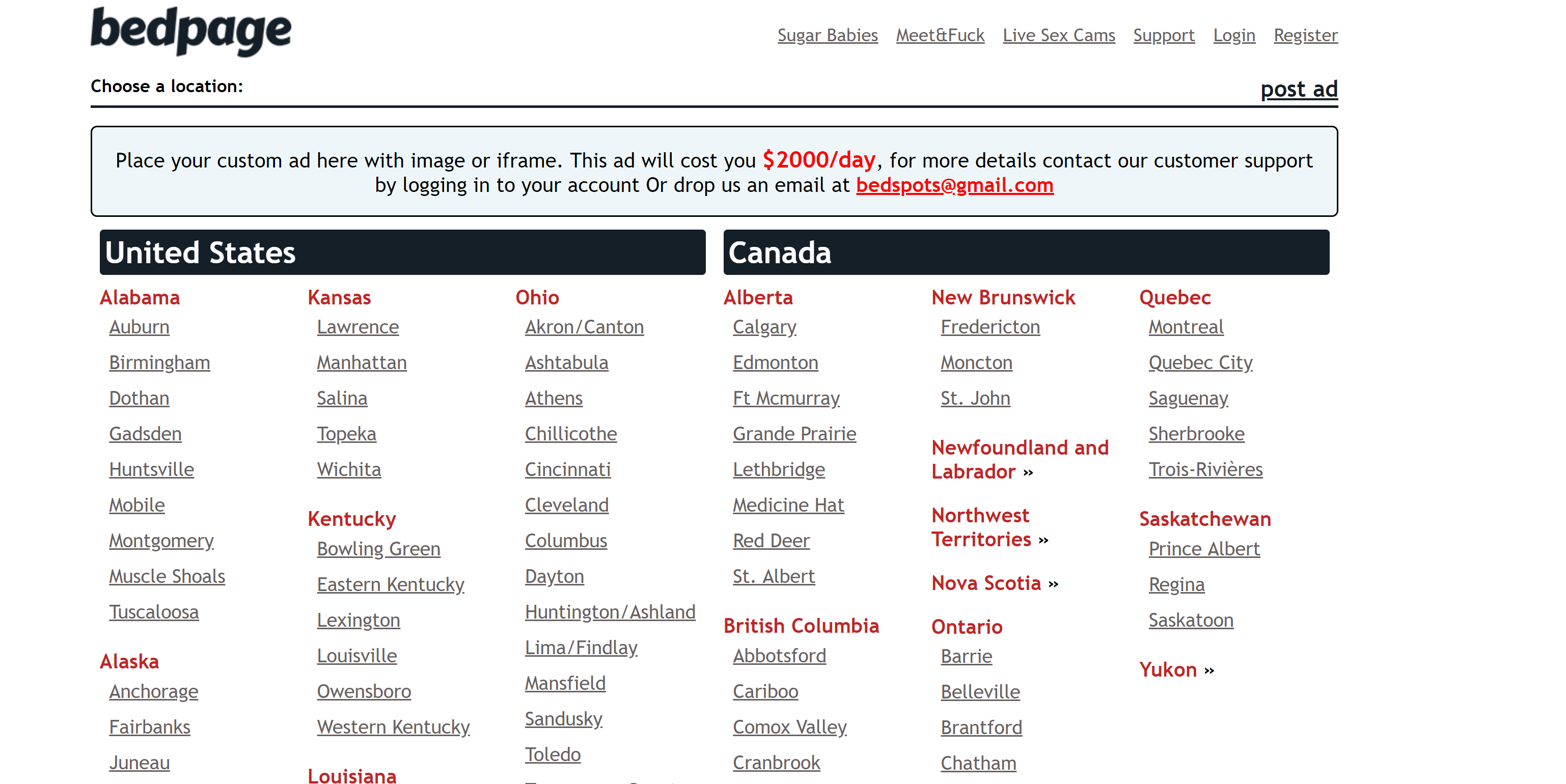 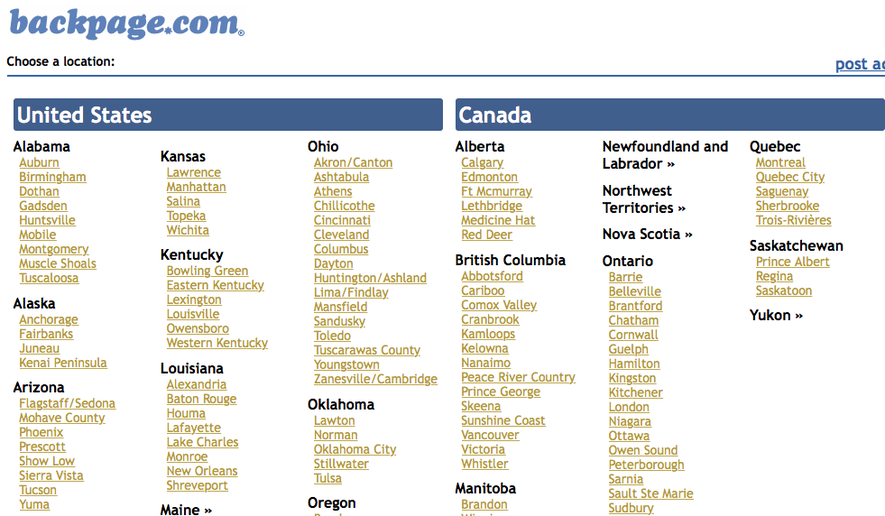 Bedpage has a lot more spam than backpage ever did.  I live in Minneapolis, a metropolitan area with about 1 million people, even here about 80% of the posts are either fake accounts or just straight up ads.  I wouldn't be surprised if the fake ads were posted by the company owners themselves, since they are all kind of similar across different cities.

About 90% of these are fake

If you live in a massive city like San Francisco, LA, Chicago, or New York City, you'll have an easier time using bedpage.  Keep an eye out for ads that include phone numbers in the title, these are the most likely to be legit.  Avoid ads that have emojis in the title, most actual people don't use a ridiculous amount of emojis, it's the fake accounts' way of grabbing your attention to their sex ad.  Also look for ads that include an in-call and out-call rate on the page.

If you are looking for M4T encounters, you'll also have an easier time.

Using Bedpage as a Sex Worker

If you are a sex worker looking to find clients, bedpage will be an easy place to stand out.  Make sure to use a down to earth title and say something like "actual person here, looking to make your night".  Then in the add you can include your phone number and pictures.  If you include a link to your tumblr, twitter, or blog, this can help prove you are a real person as well.

How long will Bedpage be around?

The FBI shut down backpage in March 2018, since then they've continued shutting down other sites like cityvibe and cracker as well.

So what's to stop bedpage from being next?

Unlike backpage, bedpage requires you to make an account and use your phone number and address.  This technically helps them get around the FOSTA SESTA law, by storing the data of potential sex traffickers.  However they could still be charged if their site is found to facilitate illegal trafficking.  However the site is hosted in Canada, so by violating USA laws they may still remain online.

This is not a very good craigslist personals alternative. If you are looking for casual encounters, M4M, and other hookups, forget bedpage,  you're better off trying DoubleList or Adult Friend Finder.

If you are looking for sex workers, or want to post ads for finding clients, this site is worth a try, that being said, it's still not as good as backpage alternatives like switter.at and slixa.

This website is a resource created after the shutdown of CL Personals in April.  The list of alternatives is curated and maintained by the mods of /r/sexwork to help personals refugees find new homes.

We are pretty quick to add new alternatives, but if you see one not on the list please mention it in the comments section of the homepage.