Craigslist was removed because of two laws passed in April 2018, the FOSTA-SESTA package.

Before FOSTA-SESTA, personals websites weren’t held responsible for user-generated content.   If someone posted something illegal like sex trafficking ads, the user was guilty, not the website.  This protection was given by Section 230 of the 1996 Communications Decency Act.

Critics argued that this created a loophole for sites like craigslist and backpage, where people could post ads for illegal sex without the sites getting in trouble.

FOSTA-SESTA amended section 230 and made all sites responsible for user-generated content related to sex work.  So now any new websites that allow hookups and sex need to make sure they are FOSTA-SESTA compliant.

How does a site become complient?

For craigslist personals to be compliant with both of the new regulations, they would have needed to hire thousands of people to monitor the ads for illegal ones, not to mention add phone verification and user accounts, completely changing the way craigslist works.  Instead, they decided the most cost-effective and simple solution was to shut down personals, rather than fight the law. 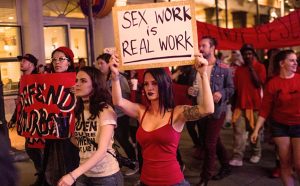 Woah! I’m really digging this site. Thanks for putting together something like this:):)

Good day! Would you mind if I share your blog with my zynga group? There’s a lot of folks that I think would really enjoy your content. Please let me know. Many thanks

This website is a resource created after the shutdown of CL Personals in April.  The list of alternatives is curated and maintained by the mods of /r/sexwork to help personals refugees find new homes.

We are pretty quick to add new alternatives, but if you see one not on the list please mention it in the comments section of the homepage.